In collaboration with Xavier Pinsach

The installation was built for the ‘Temps de Flors 2008’ flower exhibition, commissioned by the city council of Girona.
The initial project was modified to be fitted in a new context, characterized by the interior sensations based on the particular architecture, the vault and the stone.
The installation is based on the sound emitted by the blood drops and the envelope that hosts the light and conform the space.
The shape is modeled by 3 simple actions: measuring (1), cutting (2) and rolling (3); resulting in a kind of spyral.
The material also produce a moire effect which transforms the space in something flat.

The installation was awarded by the 2008 Girona’s Architecture Prize by the Catalonia Architects College (COAC) in the Ephemeral Architecture category, and was finalist in the Lamp Lighting Solutions, Architectural lighting Prize
http://www.lamp.es/es/prizes/ entrega-premios09/finalists
http://www.coac.net/Girona /2008/premis/ Seleccionats_2008.pdf 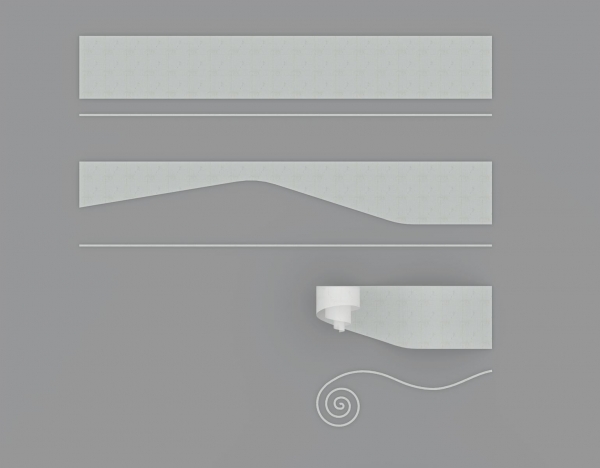 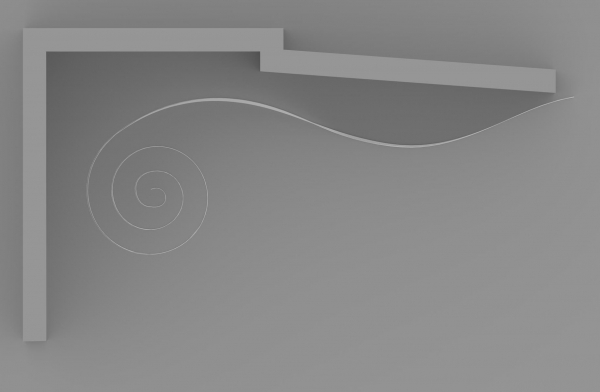 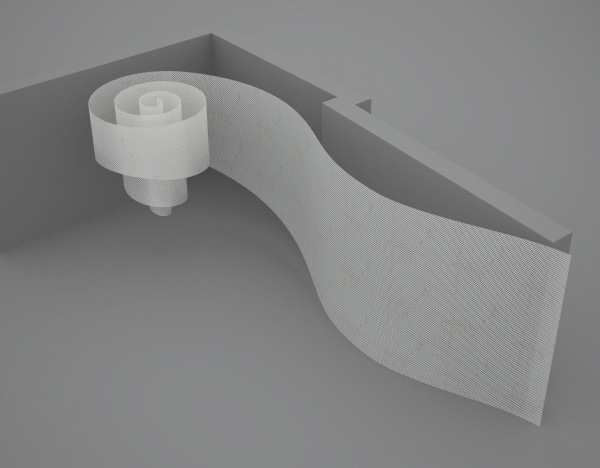 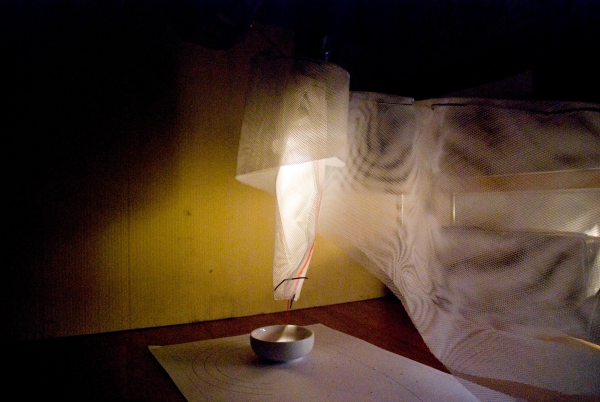 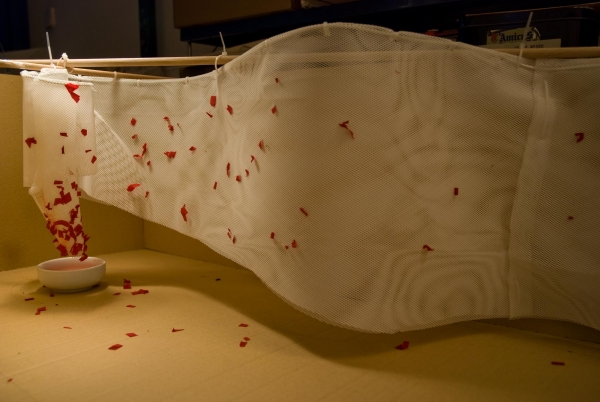 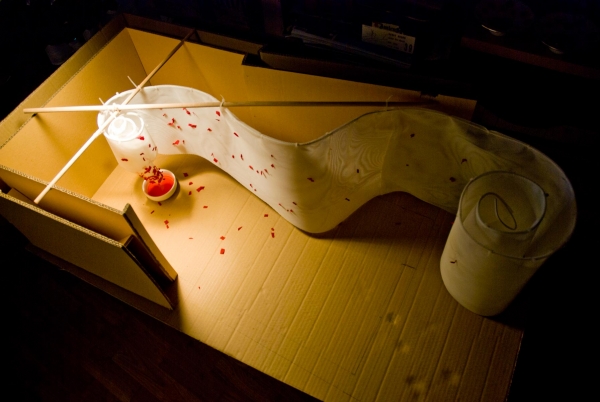 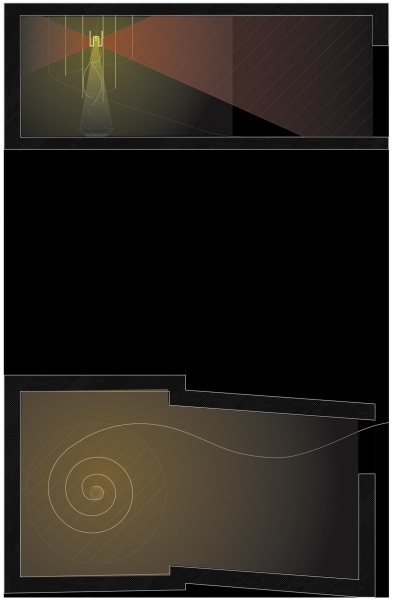 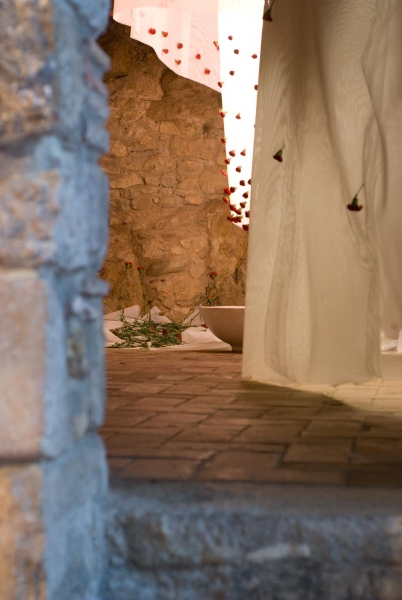 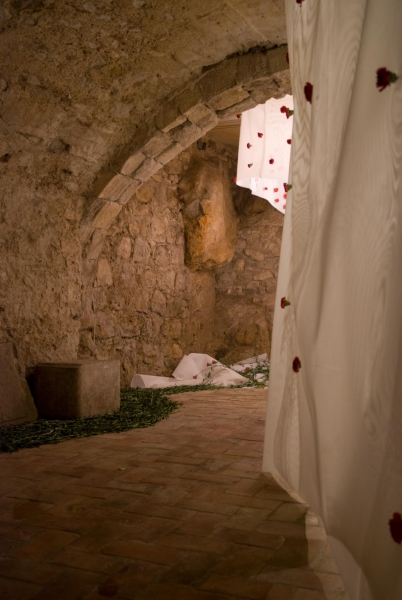 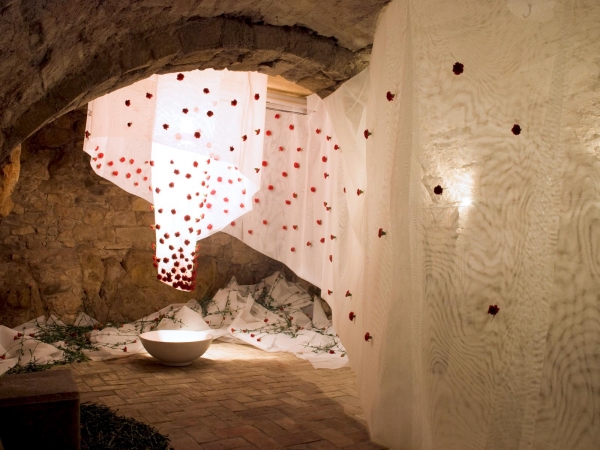 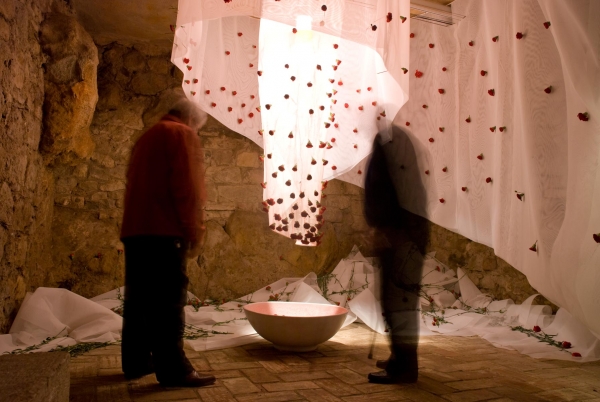 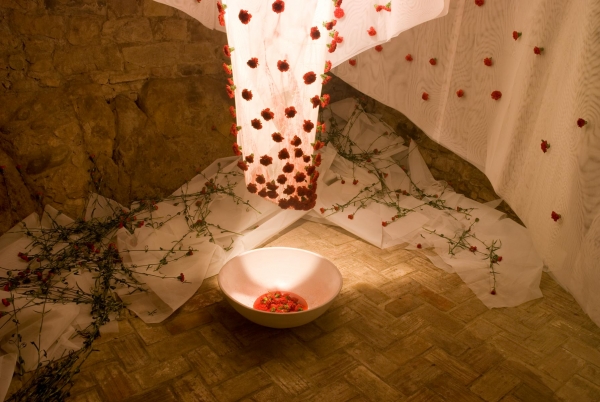 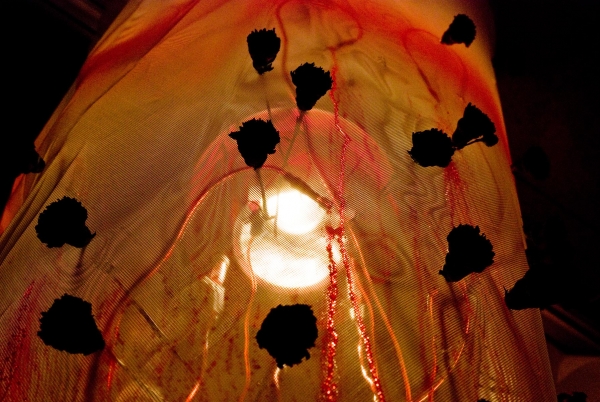 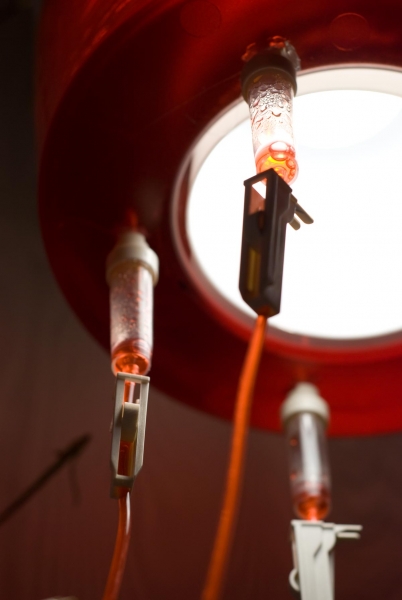 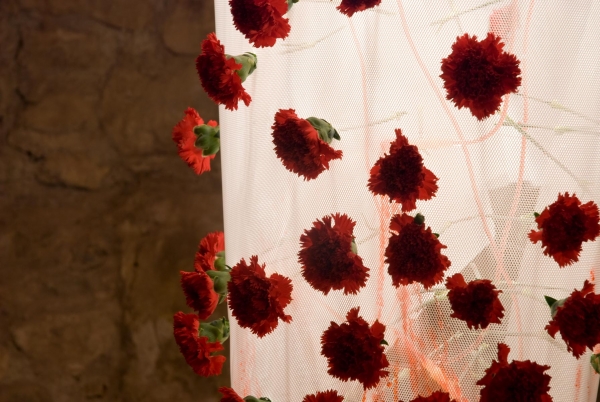 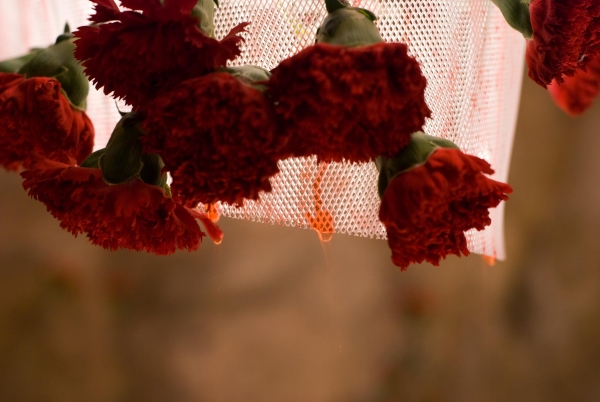 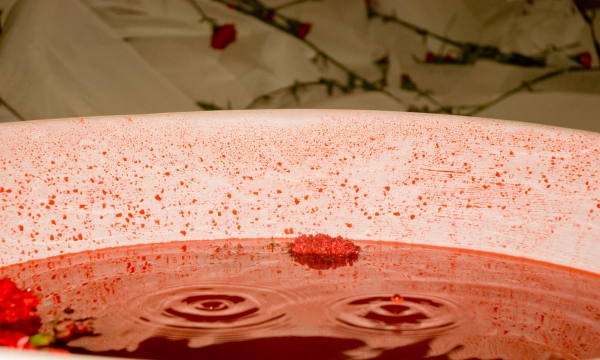 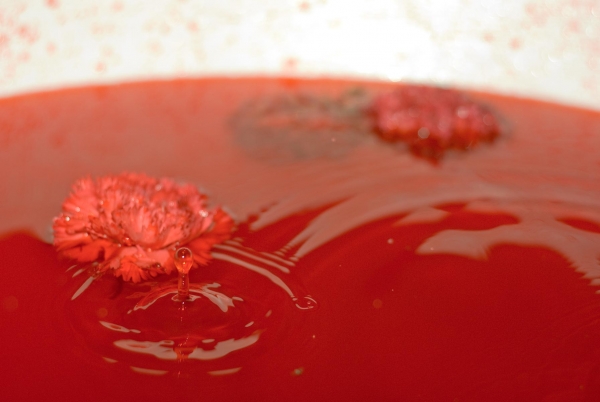 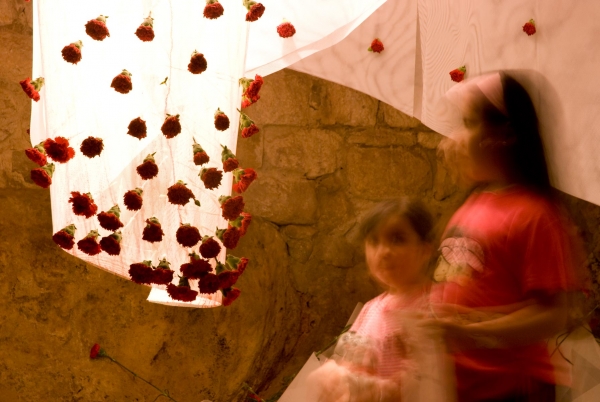